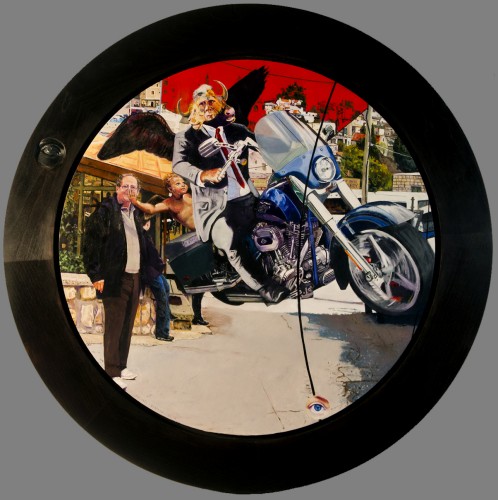 Ezekiel 1:1‑28
Now it came to pass in the thirtieth year, in the fourth month, in the fifth day of the month, as I was among the captives by the river Chebar that the heavens opened, and I saw visions of God. In the fifth day of the month, which was the fifth year of king Jehoiachin’s captivity, the word of the Lord came expressly unto Ezekiel the priest, the son of Buzi, in the land of the Chaldeans by the river Chebar. And the hand of the Lord was there upon him.

And I looked, and, behold, a stormy wind came out of the north, a great cloud, with a fire flashing up, so that a brightness was round about it; and out of the midst as the color of electrum, out of the midst of the fire. And out of the midst came the likeness of four living creatures. And this was their appearance: they had the likeness of a man. And every one had four faces, and every one of them had four wings. And their feet were straight feet; and the sole of their feet was like the sole of a calf’s foot; and they sparkled like the color of
burnished brass. And they had the hands of a man under their wings on their four sides; and as for the faces and wings of them four. Their wings were joined one to another; they turned not when they went; they went every one straight forward.