Recent Work » Who by Water, Who by Fire… 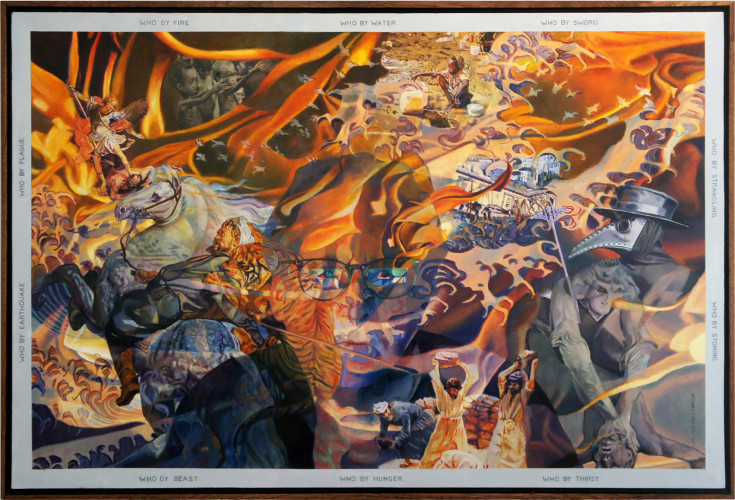 The concept of this painting came from a 1200 year old prayer which suggests who will live and who will die and those that die before their time succumb to a litany of possible deaths. The prayer ultimately suggests that repentance, prayer and charity will temper the severe decree. The prayer started to resinate with the artist when he faced his own mortality and thought, Who by Fire, Who by Water and Who by Thoracic Aneurism.