work after the year 2000 » The Last Dismissal of Hagar 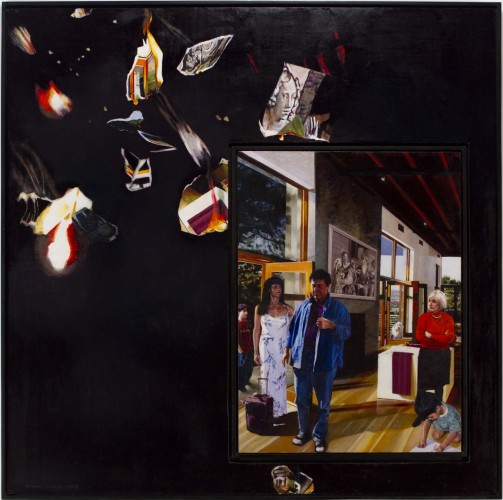 In Genesis, Sarah persuades Abraham to cast out her servant Hagar along with Ishmael, the son of Abraham and Hagar. Ishmael grew up to become the patriarch of the Arab Nations and Isaac, Sarah‘s and Abraham’s son, became the patriarch of the Jews and Christians. The separation of the two step-brothers marks the beginning of the struggle between the Semitic cousins, Arabs and Jews, that continues to this day. Fenton acknowledges this story’s place in art history by including an image of Robert Strange’s 18th century painting above the fireplace. Both artists recreate the story in their own time period presenting the story as a contemporary domestic drama. If Isaac and Ishmael cannot find a way to share their home, Fenton suggests, it will surely be lost to both of them.