work after the year 2000 » Laminations of Jeremiah 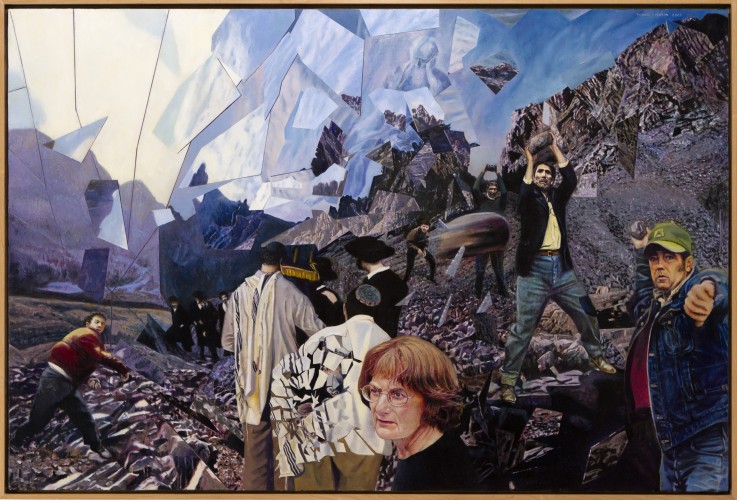 Fenton describes people throwing rocks at Jews whom they have been taught to hate. In the process of their actions, they fracture the world, a world in which the highest moral standards are the bulwark against destruction. Even so, the Jews fracture as easily as the world. The weeping prophet, Jeremiah, witnesses all from his vantage point between the layers of the broken world.