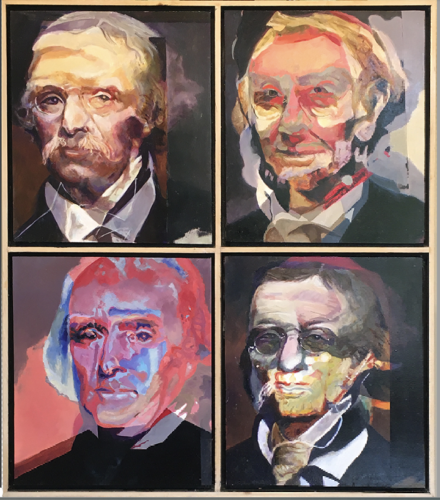 The four presidents whose image makes up Mount Rushmore were very distinct individuals with very different motives, accomplishments and personalities. Washington, Lincoln, Jefferson and Roosevelt whose presidency altered the course of history. blend together by the same history into some sort of historical soup of Americana. Each portrait is combined in Fenton’s painting with the other three presidents leaving a general sense of the individual president depicted