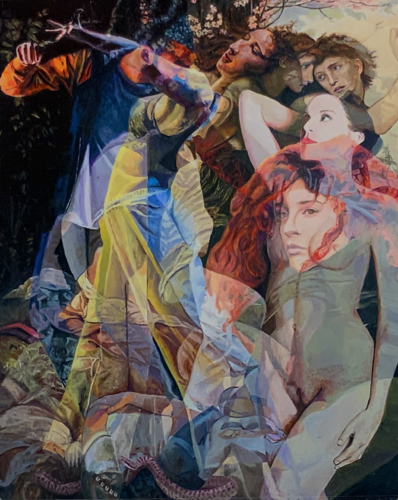 Contemporary dancers both dressed and nude appear in the primal garden of Eden where humans made their first appearance. Built into the image are hints of the Biblical account. Lilith is one of them. The Bible says that God made both man and woman. A few paragraphs later, the Bible states that God made Eve from Adam’s rib. Commentary from rabbis, postulate that there were two woman. Lilith, Adams first wife, was too independent to get along with Adam and was considered by many to be a witch. The woman’s movement considered Lilith to be a role model for the liberation of woman. Fenton presents both views.