work after the year 2000 » David, Bathsheba and Uriah, Lust Adultery and Murder 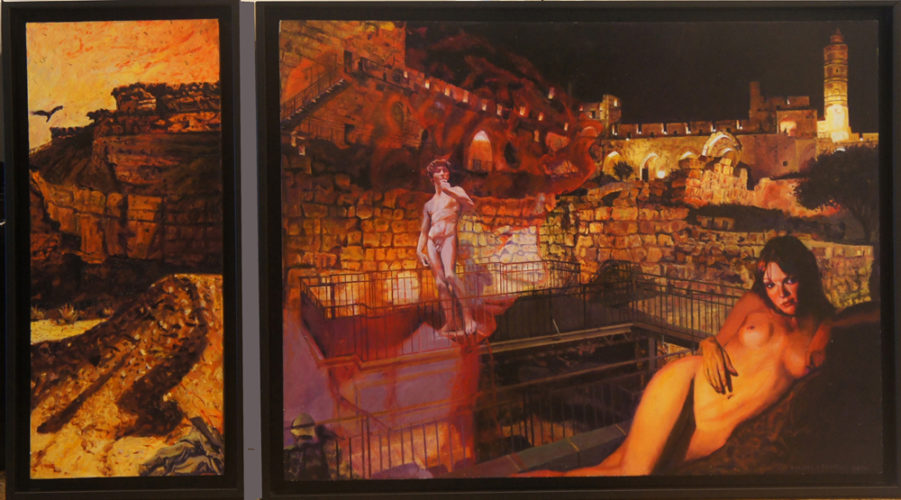 David spies Bathsheba bathing in the nude on a roof top. He lusts after her and has his way. She gets pregnant. Bathsheba has a husband Uriah who serves in David’s army. Ultimately, David sends Uriah to the front lines in battle and has the rest of the troops pull away causing Uriah’s death.
The artists sees this Biblical story as moral issues that are very contemporary and worthy of contemplation.